Saturday was rather a strange day for us. I first realised it was going to be a weird day when I met Austin Powers. Then, no sooner had he gone, when Tweetie Pie turned up closely followed by Batman, Catwoman, Scooby Doo and all his mates. Yes, you guessed it! We went to….. But that’s [...]

The Truth About Traffic in Australia. 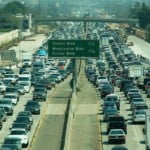 One of the things that drove me nuts in the UK was the traffic. The  M25 has been a joke since about 1990. I have watched the sunset from my car on that road many times! Thankfully I have no idea what it is like now, but I suspect it’s not good. Traffic around all [...]