RSL’s and Other Drinking Establishments in Australia

It shocks me that I have been writing posts on this blog for over 11 years now, and I’ve never written one specifically about RSL’s. Never too late, as they say. I wrote this article some time ago, late in 2017, and it appeared in Australia and New Zealand magazine for their winter addition of [...]

I’ve been very quiet lately on this blog, my last post being Heatwave in Australia: Part One. There is a good reason for that, I’ve just moved house for the first time since moving to Australia over nine years ago. I mentioned that in my post called Moving House in Australia. Thankfully everything is beginning [...]

A Sunday Stroll Along the Beaches of New South Wales, Australia 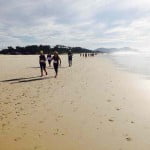 It’s that time of the week when again I take a look around to see what’s going on elsewhere in Australia. Maybe I look to one of our other cities or, as I did a couple weeks ago, go somewhere much quieter when I took A Look at Rural Australia. This week, the spotlight falls [...] 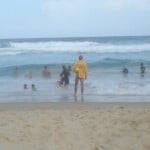 Forget sharks, blue ringed octopus, stonefish, box jellyfish, Irukandji, crocodiles and cone fish. It’s worse than that! I said forget sharks! Believe it or not, I’m usually pretty well organised here at BobinOz. Usually, on Monday, I decide what I’m going to write about for the rest of the week. Then  I write the article [...]