Where the Countryside Comes to the City: Country Shows in Australia

I know it was only a couple of weeks ago I reprinted my Australia and New Zealand magazine article about supermarkets in Australia, but I am running a little behind. I like to put these reprints online about a month after they’ve appeared in the magazine, so I’m running behind because this one appeared in [...] 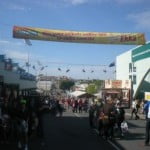 Okay, let’s get this Ekka thing done shall we? Yesterday I promised you three unusual facts about the Ekka. So here they are. Fact #1 The Ekka is actually the Royal Queensland Show, but it became known as the exhibition. Anyone who has read more than just a few of my blog posts, in particular [...] 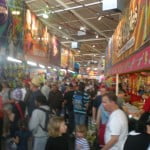 It’s been a while since I talked about Q150, but today is a good day to revisit that subject. One of the ten categories is events and festivals. Of the 15 events and festivals that made the list, I have experienced three out of the top five. At number four is “Riverfire” which is a [...]