Driving in and Around Airlie Beach, Queensland

In Mondays post about Airlie Beach, we had a stroll around the town, the beaches and the lagoon. I only had one full day there and at around 2 o’clock in the afternoon I decided to jump into my car to go for a drive. I wanted to explore a bit further and wider, and [...] 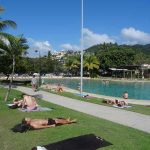 Well, I haven’t brought you any tales of my Queensland coastal road trip for a while, last time we talked about it I was exploring The Beaches and the Country Roads Around Mackay, Queensland. As you will know if you read that post, my drive from Ball Bay to Airlie Beach was an interesting journey [...]

Things to do in and Around Mackay, Queensland 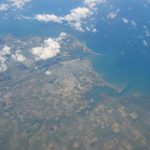 Mackay week is drawing to a close. We started with Mackay: The Town, the Shops, the River and the Lagoon and followed that on Wednesday with The Beaches and the Country Roads Around Mackay, Queensland. Here’s Mackay, all of it, all at once, but without too much of the fine detail… The ‘…without too much [...]

Mackay: The Town, the Shops, the River and the Lagoon 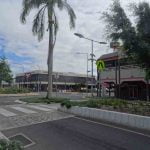 Time to return to my road trip. Having left Rockhampton and taken the scenic route around the Capricorn Coast, I drove straight past Eungella National Park, arriving in Mackay at around 6 o’clock in the evening. My accommodation was a little bit out of the way, being a fair walk from the centre of town. [...] 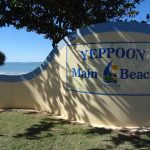 As you will already know if you read Mondays posts, I didn’t drive directly to Mackay from Rockhampton, I took the scenic route, The Capricorn Coast Tourist Drive. I thoroughly enjoyed the drive, and the whole area along the coastline from Emu Park to Yeppoon. I have no regrets in taking that detour, but had [...] 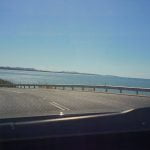 In Fridays post we looked at Things to Do in and Around Rockhampton, Queensland. The ‘around’ bit was mostly about driving down to the Capricorn Coast and I showed you a few images of the relaxing country drive that takes you there. Here are some more pictures from my Capricorn Coast drive… I should explain [...]

Things to Do in and Around Rockhampton, Queensland 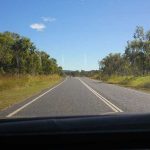 I’ve got a great selection of videos for you today, there’s something for everybody. Well, there is one small proviso to that; you would need to be keen on finding out more about Rockhampton. Having got that out of the way, let’s kick on with the post. On Monday I spoke about the Rockhampton part [...]