Sydney. NOT the Capital of Australia 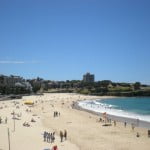 I’m not a big fan of Sydney. But then I suspect Sydney cares very little for me too. As I’m not a fan, I will be brief. We’ll take a quick look around and then we’ll call it a day. Is that OK with you? What is my problem with Sydney? I am going to [...] 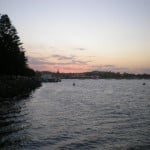 We arrived at Port Macquarie early evening. Port Macquarie has a population of about 36,000. That may not seem big to you, but it’s big enough to make it 40th in the list of Australia’s largest towns and cities. We had chosen Port Macquarie simply because it was about halfway between Yamba and our destination [...]

Your Australia Holiday is About to Begin 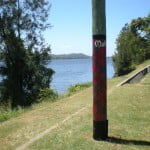 My holiday is over but yours is just about to begin. My intention was to have a holiday and blog it at the same time. What a joke! In just over two weeks away, I managed to get only two posts up. As an exercise in blogging on the move, it was a miserable failure. [...]

I knew it would happen. But I didn’t think it would happen so soon and so often. What’s the problem? Booking accommodation last minute during the summer holidays? No. Finding stuff to do to amuse my 4 year old daughter? No! Not that either, she’s having a whale of a time. Traffic? No! You know [...]

I Love The M1 – The Australian One 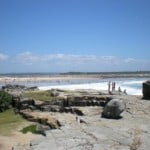 I never thought I’d say I love the M1, but I never knew that one day I’d live in a country that had such a great M1. I’ll show you what I mean in a bit, but first, let me finish off Yamba. This morning we went to find the mouth of the mighty Clarence [...]