Buying A House In Australia

In last week’s post called Househunting: Australia and the UK Compared, we had a reprint of an Australian and New Zealand magazine article called ‘House hunting part 1’. Clearly if you append ‘part 1″ to anything, you need to be sure that’s not the end of it. It needs to have a follow-up of some [...]

Househunting: Australia and the UK Compared

As those of you who have read my post Moving House in Australia will know, I have recently moved house. That, of course, involves finding a house that you want to buy and also selling your existing house. It’s been a quite exhausting couple of months, decorating my old house and setting up the new [...] 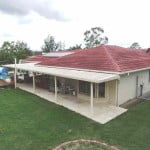 I am so excited. We are so excited; me, Mrs Bob and Elizabeth. After nine years of living in the same house, the house we purchased without ever having stepped foot in it, we are moving. It’s a house we have a lot of affection for, one that will be especially remembered as the house [...] 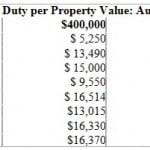 The cost of stamp duty in Australia and England compared. We have already looked at the cost comparisons when buying a house in Australia compared with England, but what about the stamp duty? Which country is cheapest? And the winner is………… England! There, that was straight to the point wasn’t it? No big build up, [...]