The New Most Venomous Creature in the World

Death by Dangerous Creatures in Australia 2009

I’m sure some of you may have been mildly interested in my video at the beginning of the week about our second full year living in Australia, the highlights of 2009, but I am sure that what you really want to know about 2009 is what did Australia’s Bad Things achieve during the year. How [...] 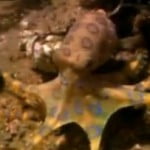 More reasons to stick to the swimming pool. So far we have looked at three killer sea creatures namely: cone snails, stonefish and box jellyfish. Without a doubt, stonefish was butt-ugly! This next killer has to be the prettiest of the bunch. Time to meet the Blue Ringed Octopus. https://youtu.be/eJb9WdmljY8 https://youtu.be/om9iq4mo9fI https://youtu.be/CeNTJhhsF9s Living in Brisbane [...]

Meet the Most Venomous Animal on the Planet!

It can kill in less than two minutes 63 lives claimed in Australia since 1884 Its poison kills faster than a Taipan Meet the Box Jellyfish The real name of the box jellyfish is Chironex Fleckeri and it is sometimes known as the sea wasp. I always hated wasps, the buzzing black and yellow flying [...]