The Grand Canyon and Uluru Compared

Originally this website was created to help people considering a move from the UK down under to have a better understanding of what it’s really like to live in Australia. I’m happy to say though that these days my readers come from all over the world and the reality is that I now have as [...]

Time for another reprint of one of my articles for Australia and New Zealand magazine. Not only am I going to save you £3.99, I’m going to throw in a video! That’s something you don’t get in a magazine. So last month I started with the first in my miniseries about plane hopping and at [...] 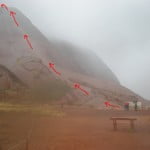 That is the question. Did We Climb Uluru (Ayers Rock)? First, I need to explain a thing or two. I’m not a very spiritual geezer, I don’t “feel” things much. I mention this because, in hindsight, my post on Monday about Uluru was very matter of fact, in a way. But then, I see these [...]

Journey to the Centre of Australia 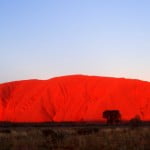 Last Monday I announced I was going on holiday and asked you to guess the location based on a few pointers that I gave you. Without too much hesitation, most people plumped for Uluru. Now, if you go to Google maps and ask for directions from Brisbane to Alice Springs you will see that big [...]