Australia: Always Something Going On. 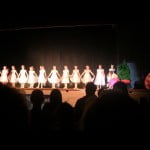 As you all probably know by now, one thing I really love about Australia is that there is always something to do, always something going on. Firstly, Australians love their sport. Sport is everywhere around here and even I am back to playing football again, even though I am ridiculously old. Every Wednesday I play [...]

When we were in Alice Spring’s earlier in the year, we went to the cultural art shop to take a look. As you can imagine, it was full of Aboriginal art. I have to say, I didn’t really get it. Don’t get me wrong, some of the paintings were fantastic. Filled with intricate detail, often [...]

Our Australian Roadtrip: The Highlights.

Not so fast! In Monday’s post when I was talking about our meal in the West End and deciding whether it was expensive or not, I said “But there is another way of comparing the cost of living between Australia and England. I think it’s better and I’ll explain it in full on Wednesday.” And [...]

A major concern for many people thinking of moving to Australia is will I miss my friends? Will I make new friends? I’ve asked these questions before in previous posts and given my thoughts and ideas on them. It is such an important part of the “moving to Australia” process, that I included my previous [...] 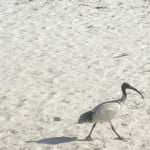 I received an email from a reader the other week, she was visiting Brisbane for one day and wanted to know the best places to visit. Among my suggestions were South Bank Parklands and the Cultural Centre, and she certainly took me up on that idea. I know because she sent me a photograph of [...]

Best Country to Live In, England or Australia? 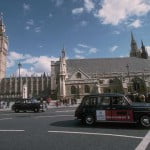 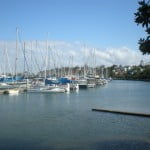 BobinOz Day. On Friday I posted a video to celebrate the three-year anniversary of our leaving England to move to Australia. You can watch that video on my post Moving to Australia and Missing England. On Saturday our lives returned to normal again, but on Sunday we were celebrating once more. You see, whilst we [...]

Moving to Australia and Missing England

Exactly 3 years ago today, on 12 November 2007, me and my family boarded an aeroplane and flew out to Australia to live permanently. Now I have heard from more than one source, but probably not more than five sources, that there is a thing called the three year itch. Apparently, at around the three-year [...]