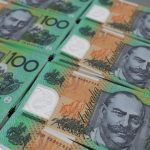 I am often asked, mostly on my page called Calculating Your Comfortable Family Income in Australia, whether people would be able to live comfortably on the wage they have been offered. The questions usually take the form of… “Hi, I have an opportunity to work in insert name of place here, I’ve been offered a [...]

Extras Medical Insurance and Going to the Dentist in Australia

Time for another reprinting of an article I wrote for Australia and New Zealand magazine, this appeared in their October 2017 issue. This is a reprint with a difference though, because it comes with ‘Extras’, if you’ll excuse the pun. My magazine articles are restricted to 550 words or thereabouts, here there are no restrictions. [...]

The Prices of Fresh Fruit, Meat and Vegetables Compared

We didn’t have a post on Monday because it was a public holiday here in Australia. And there were no posts last Wednesday or Friday because I was on holiday in Japan. Tokyo to be precise. It’s a little different to Australia… We did get out of Tokyo for one day as well, taking a [...] 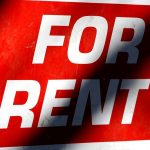 Every year, it seems, we praise Melbourne for being voted the world’s most liveable city. Last time it was the sixth year on the trot that Melbourne had been voted top. Today though, it’s time for some of the other Australian cities to get a small piece of revenge on the Victorian capital, thanks to [...]

Usually I start an article like this by saying ‘It’s time for another reprint of one of my Australia and New Zealand magazine articles’. Except, this time, it isn’t really time, because we only had one last week when I published the Cost of Private School Education: Australia and the UK Compared. The thing is [...] 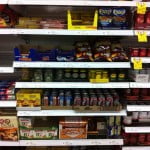 Four weeks ago I compared prices for fresh fruit and veg. I followed that up with a look at fresh meat prices. Then, to complete my trilogy, a couple of weeks ago I compared the prices of Australian and UK fresh fish. Obviously a trilogy cannot have a part four, because then it would need [...]