Last time I went whale watching, it was from North Stradbroke Island’s Point Lookout just over a year ago. It wasn’t the most successful whale watching trip in history, we didn’t spot a single whale.

If you recall, I took hours of video footage but ended up showing you just one picture, because in that picture you could see everything we got to see during the day….. 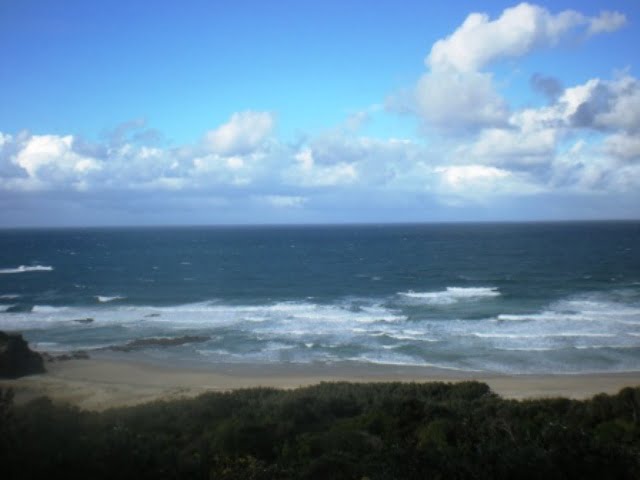 Undeterred, we decided to give whale watching another go. So at about 7:30 AM on Sunday morning, we installed ourselves into the car and headed for the Gold Coast. We arrived just before 9 AM, ready for a 9.30 departure from Mariners Cove.

With this whale watching expedition, I’ve got more to show you than just a photograph. Why? Well, we saw more than just the big blue sea. How much more?

Find out for yourself….

Whale watching. It’s not for everybody.

In my ideal whale watching day out, I’d be sitting in the balcony bar of a big seaside pub. In front of me would be a nice cold beer. Maybe I would be reading the newspaper. At some point, someone would say “Hey, Bob! Take a look at that!”

I’d lift my eyes from the newspaper, pick up my cold beer and take a sip, then I’d swivel my head slightly to look out towards the ocean, and there they would be. An assortment of whales, breaching, twirling, spyhopping, lobtailing, fin slapping, shooting blowholes and maybe even singing some kind of whale song.

Now, is that too much to ask?

Next post: The Scariest Story You Have Ever Heard!

Previous post: Before the London Riots – England in the Good Old Days