At Last, the Weather Breaks in Brisbane!

You heard it first, here on BobinOz. Unless you heard it somewhere else before.

I mentioned only two weeks ago about the westerlies arriving early and, aided and abetted by my Aussie mate, predicted a swift end to winter. The date today is Friday, 30 July and as such we are still in the middle of winter, with the Australian winter season being June to August. But you already know that from my post about Australia’s four seasons.

Over in England, it’s the middle of summer and as I understand it, you’re having a scorcher! According to Google, today you’re set to hit 27°c….. 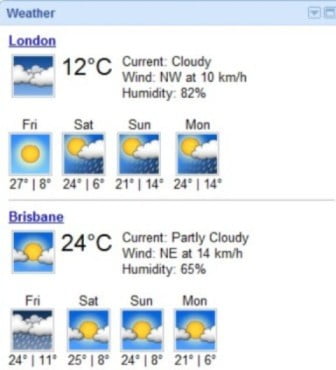 But as you can see, here in Brisbane it’s not cold either at 24°c, but it is cloudy with some rain.

Sorry Google, but this time you got it wrong! This is my thermometer which is outside in the shade, but positioned so I can see it indoors from my office window…. 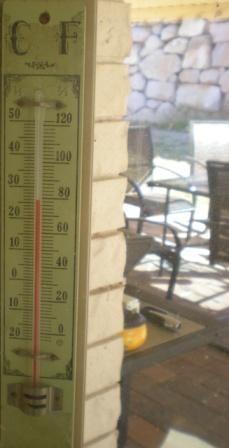 Hopefully you can see that the mercury is at a tad over 26°C and this photograph was taken today at around 2:30 PM. And was it cloudy or raining? Here’s a picture of the sky taken from the front of my house at around the same time… 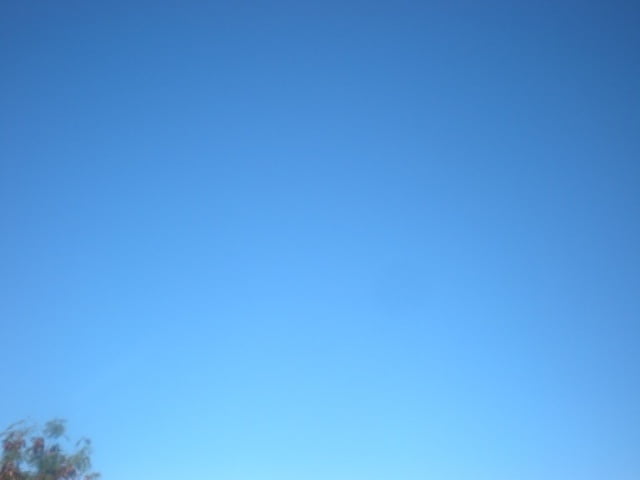 Not bad eh? There is every chance that winter here is over almost before it began. But when I say here, I do mean Brisbane and not Australia. Just to put the record straight, here are the maximum temperature predictions for tomorrow around Australia.

I’ve mentioned often around this blog but I think it even more regularly as I live in Australia. It’s like going back 20 years! Of course, I’m comparing it to my old life in the UK.

But when I went to Stradbroke Island back in April it was like going back 20 years as compared to living on Australia’s mainland. I was reminded of that when we went whale watching the other month.

I have also mentioned often that free barbecue areas are almost everywhere around Australia. But on Stradbroke I found one that looked at least 20 years older than anything else I’d seen…

…..and nearby, the unmistakable evidence of…… 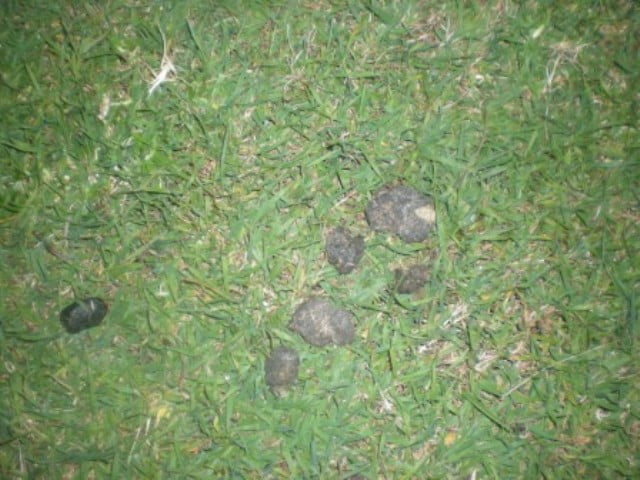 Yes, it is Kangaroo poo! But where were all the kangaroos? Apparently, they’ve been tied down….

Spring in Australia and an Early Start to Bushfire Season
The Truth about the Weather in Australia This Summer
Your Complete Guide to Winter Weather in All Capital Australian Cities
Hot People's Day in Brisbane
How Do Brisbane's Winters Compare with London's Summers?
FacebookTweetPinEmail

Next post: Moving to Australia and Moving Back to England Again.