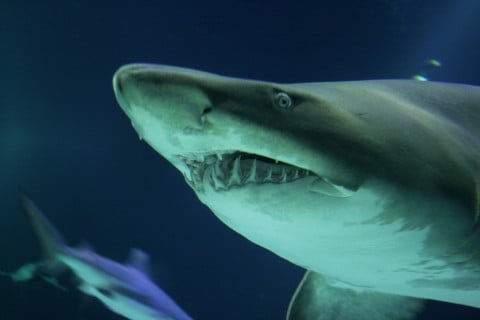 Believe it or not, I’m usually pretty well organised here at BobinOz. Usually, on Monday, I decide what I’m going to write about for the rest of the week. Then  I write the article on the actual day so I can deliver fresh content to you every time.

But each day before I begin writing the content, I check the Australian news to see if there is anything happening that I should be writing about instead. A couple of good examples of that are tropical cyclone Hamish and of course the red dust clouds that descended upon us all the way from Sydney.

Mind you, I didn’t have to check the news to find out about those red skies, I could see them out the window.

So I knew what today’s post was going to be about before I read this morning’s news. Sadly, the first headline I saw told me that Australia’s oceans biggest killer had claimed two more lives. I nearly changed my mind about writing on this subject today, but decided I should go ahead with it anyway.

So what is the Australian oceans biggest killer?

A rip, or to give it its full name, a rip current, is simply a strong moving current of water that can start near the shoreline and rapidly flow away from the beach.

If you are swimming or even just paddling near that shoreline at the time, then the rip is likely to drag you away from the beach with it.

I have been trying to unravel the drowning statistics and it looks to me as though around 300 people a year drown in Australia. But not all of those drowned in the sea. We also have drownings in lakes, creeks, swimming pools and even bath tubs.

On average though, something like 85 people drown in Australian oceans each year. But some of those are fishing accidents and some are scuba divers.

That leaves around 35 each year who die whilst swimming or wading near the shoreline. Almost 90% of those deaths are attributable to a rip according to Surf Life Saving (SLS). So the rip current is the oceans most dangerous killer claiming around 30 lives each year. What can you do?

Swim between the flags!

So that’s how it is in the glossy ad, but what’s it really like on the beaches?

This was the beach and we were on the day after Boxing Day when we went to Noosa. Looking to the left, it was like this……. 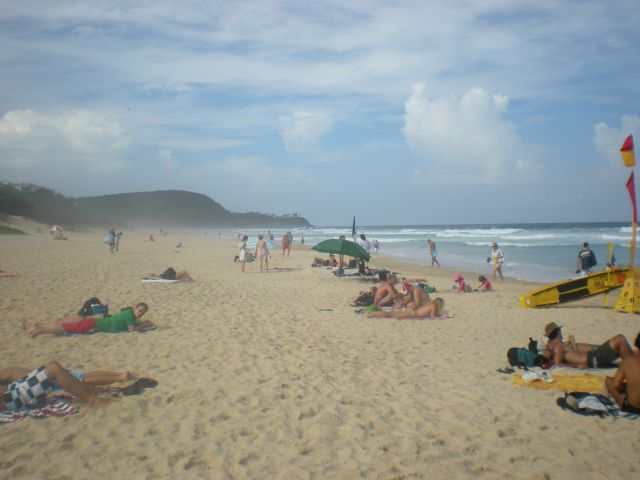 Plenty of people on the sand, nobody in the sea.

And looking to the right, it was like this………. 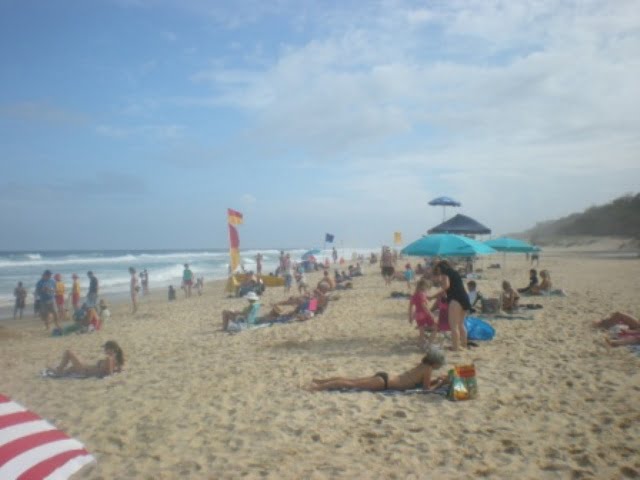 Plenty of people on the sand, nobody in the sea.

And now looking straight ahead, plenty of people in the sea and a rather important one on the sand.

I mean this guy, in the red and yellow……… 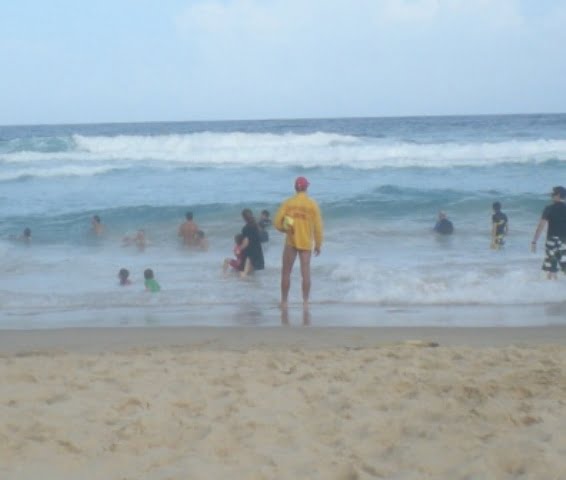 But it wasn’t just him. I counted eight on duty while we were there. All of them were vigilant all of the time. Eight covering a width of, I would say, around 60 – 70 metres. I have heard rumours and I have seen statements online mentioning it, so I can only assume it is true.

If it is true, it’s a stunning statistic and one that everybody coming to Australia should be aware of. Apparently, no one has ever drowned swimming between the red-and-yellow flags in Australia in almost 100 years.

So the people on this beach have got it right. They are all swimming between the flags. If you come to Australia, whether that be for a holiday or to live permanently, or if you are already living in Australia, I suggest you do the same.

For more information about rips, Surf Life Saving and advice on what to do if you are caught in a rip, please visit SLS and their Beachsafe website’s page all about rip currents.

The beaches of Australia are fantastic and fun but never forget the power of mother nature. Don’t let a great day out turn to tragedy. Always swim between the flags.

RSL's and Other Drinking Establishments in Australia
Snake Bite First Aid in Australia: What You Need to Know in an Emergency
Close Encounters with the Wonderful Australian Wildlife
It's Official: Brisbane Summer of 2016/17 Hottest Yet
Swimming and Crocodile Risks in Northern Australia
FacebookTweetPinEmail

Next post: Here Is a Roundup of the News over the Last Seven Days.