Driving in Australia and the RBT

Drinking and Driving in Australia

I held a full driving licence in the UK for just over 30 years and drove thousands of miles in that time. My best guess would be somewhere between a quarter of a million and a half a million miles.

I was never, ever breathalysed. Not once.

I have not yet been living in Australia for two years and I drive far less than I used to in the UK. We’ve put about 22,000 miles on our car since we’ve been here, but my wife goes out in it far more often than I do. At best, I’ve driven for 10k.

How many times have I been breathalysed in Australia? Twice! 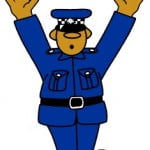 Not only that, but on three other occasions I have been waved through on an “RBT” because they were either just setting up, just finishing or pulled over enough cars to fill the size of their lay-by.

So what’s an RBT and how do they work?

A random breath test can happen at any time, morning or afternoon or evening. You will be driving along the road and ahead you will see a policeman standing in the middle of the road waving drivers into a lay-by, a side road or a coned off area. 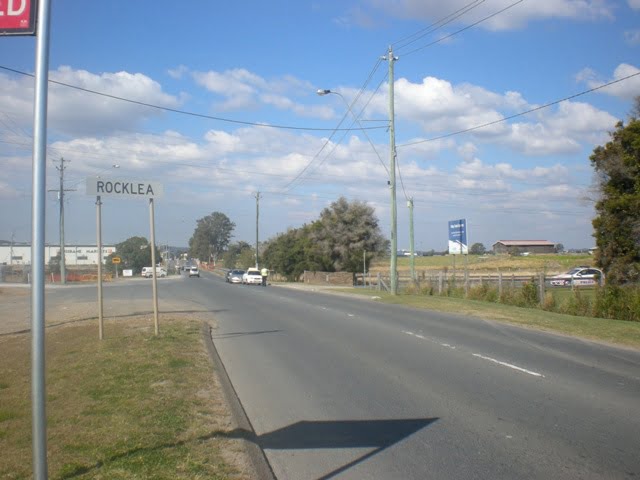 Then he or someone else will come and talk to you through the window. There’s no license to show, no chit chat,  just “when was the last time you had a drink, today we are testing people for alcohol, blow into this until I tell you to stop, that’s fine, thank you very much have a good day, bye.” – That’s if you pass.

I hope never to find out how the conversation progresses if you fail.

Sometimes the road can be blocked off from all directions, with a motorcycle cop ready to spring into action if a car tries to turn around or pulls into a driveway. 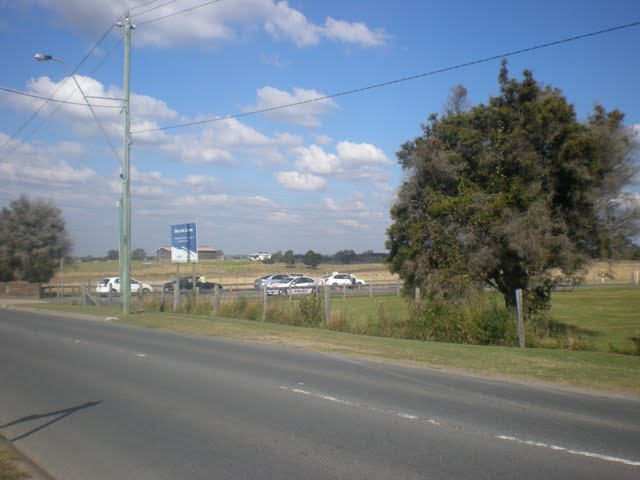 An RBT in Action

My first RBT was just 50 yards from my house at 6pm one evening. On this occasion they had blocked off the road from three directions, there was simply no escape. Of course, I didn’t need one. Passed with flying colours….. well I passed – they don’t give out badges!

My second RBT was while we were on our Australian holiday. We were at Bateman’s Bay, it was around 10pm and I’d just had a meal at The Hogs’ Breath Café and with it two beers. BUT….. I had Cascade Lights AND, only schooners.  If that last sentence means nothing to you, don’t worry, I’ll explain that next week.

Anyway, the main road in and out of Bateman’s Bay has a bridge, and on it were the RBT squad. Everyone leaving the bay was breathalysed. Despite having only just finished my second drink moments earlier, I passed. But if I had chosen heavies, it may have been a different story. (Again, I’ll explain next week).

It was a whizzy breathalyser test, he just pointed this device at my face and asked me to count to five. No blowing whatsoever.

I was waved through the other RBT’s firstly on Boxing Day at around 11am, the second time has completely slipped my mind, but I know it happened and the third time was just last week.

That’s the one in the photographs above.

What’s interesting about that is probably eight cars in front of me were stopped and I was the first car to be waved on. At the time, I was without my front registration plate. Perhaps he didn’t fancy the paperwork?

So if you’re the type of person who likes to have a darn good drink before getting behind the wheel, then Australia is probably not the place for you. You will get caught.

But hopefully, because of these RBT’s, Australia’s roads are safer. I am only guessing. But I will look into it and hopefully come back to you with facts.

Divorce: Australia and the UK Compared
Is Australia Finished? A Comparison with the UK and the US
Our Ninth Full Year Living in Australia: 2016
Australia Compared with the US, UK, India and Canada for…
Buying an Australian House; Housing Chain? What Housing Chain?
FacebookTweetPinEmail