What It’s Really like to Live in Cardwell, Far North Queensland

In Wednesdays post I mentioned that I had driven from Wallaman Falls, which is east of Ingham, to Cardwell on the coast. What I didn’t say though is that in doing that, I’d crossed from North Queensland into Far North Queensland. Or FNQ, as it is sometimes called.

There, I’ve said it now. 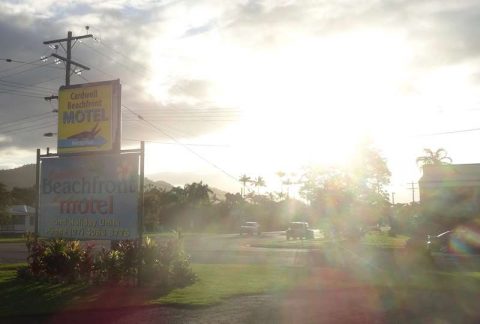 Any of you who have been following this road trip will know that I usually try to find relevant YouTube videos about the area I’ve been travelling through to put online here on a Friday.

Cardwell, as I also mentioned last time, was the smallest town I stayed in throughout the whole road trip with a population of just 1176 as at the last count. So when I searched for YouTube videos about Cardwell, I really wasn’t expecting much to come up at all.

How wrong could I be?

About a year ago I wrote a post called Where Do the Happiest People in Australia Live? It started with this sentence; ‘I’ve often wondered what it would really be like to live in a small town in Australia.‘

The article then goes on to state that according to Hilda, that’s an acronym for Household, Income and Labour Dynamics in Australia, people who live in small towns generally have increased life satisfaction. They are happier.

I only stayed in Cardwell for one day, so I have no idea what it’s really like to live there. Judging by this video though, which is full of people who really do live there, Cardwell appears to be a fantastic place to live.

The video invites us to ‘Meet the friendly locals.’ Well, I have met some of them and they are in this video.

At 0.22 you will meet Tony, he’s the guy who served me my beers in the Marine Hotel.

And at 3.45 you will meet Janet and Steve Arnold of the Beachfront Motel where I stayed. It was Janet that booked me in and you can even just about make out the picture of the crocodile on her desk that she pointed to when she warned me not to swim in the sea.

So come on, enjoy today’s fantastic video, and meet some of the good people who live in Cardwell…

Nev Milne says he produced the video and wrote the song ‘Because I love Cardwell‘. I think we can all see why Nev.

Of course, I did also mention in my previous post that this is prime cyclone territory. Five years ago the people of Cardwell weren’t quite so happy, they’d just been visited by Tropical Cyclone Yasi…

Let’s hope mother nature is kinder to Cardwell from now on.

Bondi to Coogee Beach: A Sunday Walk Unlike Any Other
A Tasmanian Ten Day Tour with Itinerary
Feeling Tense? Wash Away Your Brexit Anxiety in under Four Minutes
The Truth about the Weather in Australia This Summer
Australia's Ever Changing Economy; Have Sydney and Melbourne Peaked?
FacebookTweetPinEmail