It’s the end of the week and as regular readers will know, I like to take a look around to see what’s been happening in Australia elsewhere. Then I like to include a YouTube video about it. Easy.

So what’s been happening over the last few weeks in Australia? Well, The Wiggles were live in Canberra. Iron Maiden were doing the rounds, playing in many of our major cities. The world’s largest aircraft, the Antonov AN-225 Mriya, landed at Perth Airport drawing a crowd of thousands.

Oh, and Australia is gearing up for yet another federal election. Really, another one already? None of this is really of much interest to us, so I decided today we can take a look at Kangaroo Island. 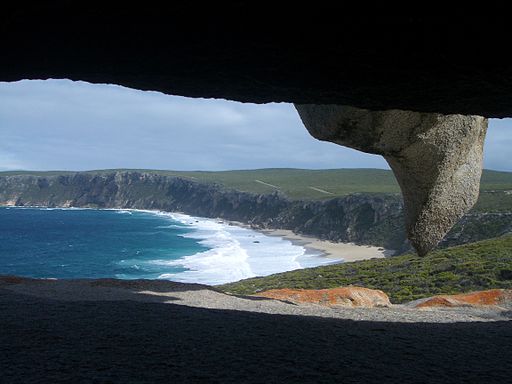 Kangaroo Island is a great big green lush and hilly island retreat with thousands and thousands of fluffy kangaroos bouncing up and down having fun. Well, I’ve never been, so I have no idea what it’s really like. That’s what I imagine it to be like though.

Here, in Brisbane, we have our own island retreat with some wonderful wildlife, its called North Stradbroke Island and I love going there. It’s like stepping back in time. It would appear that Kangaroo Island serves exactly the same purpose for Adelaide.

I don’t really need to say very much more, the two videos I have coming up will do the job for me. The first is another beautiful movie by Selmesfilms. Keep your eyes peeled for the monotreme…

Of course there are, how could Kangaroo Island not have kangaroos? Over to National Geographic…

Next post: The Beaches of Brisbane: A Quick Tour