Going to Court in Australia

Last year I went to court, not just any court, The Supreme Court of Brisbane…

Second floor, to be precise… 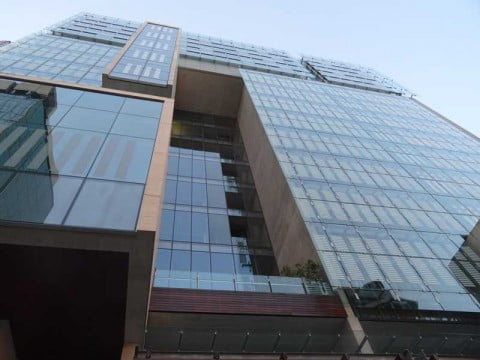 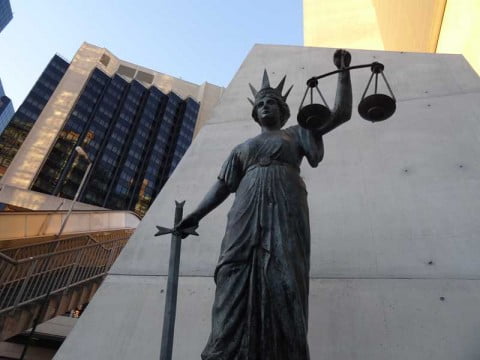 Of course, I was innocent, completely.

I lived for 30 years in the UK as an adult and not once was I called up for jury service. I became an Australian citizen in January 2012 and it took less than four years before I got the call up.

I received a summons from Queensland Courts requesting that I attend the Supreme/District Court at Brisbane for a period of two weeks commencing 27 July 2015. However, I would not necessarily be required to attend every day, I was given a Jury Panel letter, G, and a number, 299.

They would even reimburse my bus fare.

Best of all, the law is that my employer must continue to pay my salary in full.

Unfortunately for me, I am my own employer. I’m self-employed. Only a doctor’s certificate could exempt me from attendance, but I was fit and healthy. So every day I logged on to that website to see if my attendance had been requested.

Well, I wasn’t required on either Monday, 27 July or Tuesday the 28th, which was rather fortunate because over the weekend I had developed a medical issue, I mentioned it in my post Archaic Health Services in Australia? Another Visit to the Doctor.

But would I be required on the Wednesday? Remember, we are looking for Panel G and Juror 299, and, of course, having not been to court yet I have not so far been empanelled…

Nope, not needed Wednesday either. How about Thursday?

Of course, having to wait until 5:30 PM before you know whether your next day will be free or not, is rather restrictive. Our dishwasher had broken down at the time, but I couldn’t arrange for the domestic appliance repair man to come round at all during these two weeks.

During this entire period, all plates, cups, saucers and cutlery needed to be washed by hand. Life can be tough for jurors.

On Monday, 3 August my attendance in court was required…

Getting up at around 6:35 AM, I felt like a true Queenslander, who are the earliest risers in the world. When I arrived at court, there must have been around 200 other potential jurors gathering in a rather large room. We were told by the spokesperson how the day would go and we watched a video that also explained the proceedings.

Then we just had to hang around and wait until, potentially, our number might get called out.

My number didn’t get called out and then it was lunchtime.

After lunch though, it was a different story. My number was called and along with 29 other potential jurors I got into a rather large lift heading to the fifth floor. We all entered the courtroom and sat silently while we heard the charges read out against the accused.

We were also told details of the alleged crime, where it took place, the people involved and the names of the witnesses who were to be called up.

Then 12 names out of the 30 put into a barrel were pulled out at random to select the jury. I wasn’t one of them. The defendant or his lawyer, if they had wanted to, could have refused any of these 12 selected jurors without reason.

The selected jurors could put a case forward to the judge as to why they felt it would be inappropriate for them to sit on the jury. Because the process is so random, there could be a real conflict for some of the potential jurors, maybe a selected juror actually knows the accused personally?

That would be a very good reason for the judge to excuse a juror.

Three of the jurors, one by one, went up to speak to the judge privately to explain why they felt they should not sit on the jury. One was excused, the other two sent back to do their duty.

That meant one more name to be pulled out of the barrel.

I wasn’t called again, so for me, jury service was over.

Despite the speed with which I was selected for jury service here in Australia, it does turn out that this is an unusual event.

I read somewhere, or it may have even been on that video they showed us, that in Queensland 29,000 people get called up for jury service each year. There are over 4 million people living in this state, so I think it’s a fair guess to say that something like 2.9 million are adult Australian citizens.

On that basis, the chances of being called are one in 100. All things being equal, I won’t be back for another hundred years.

Next post: Prices and Earnings Versus Worldwide Cost of Living