I’ve mentioned the red-bellied black snake a few times around this website, but I’ve never actually posted a photograph of one or spoke about them in any real detail. So let’s change that today.

This is a red-bellied black snake… 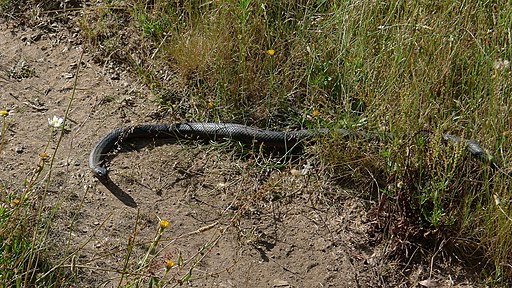 Here’s another one, he has popped his head up to have a good look around… 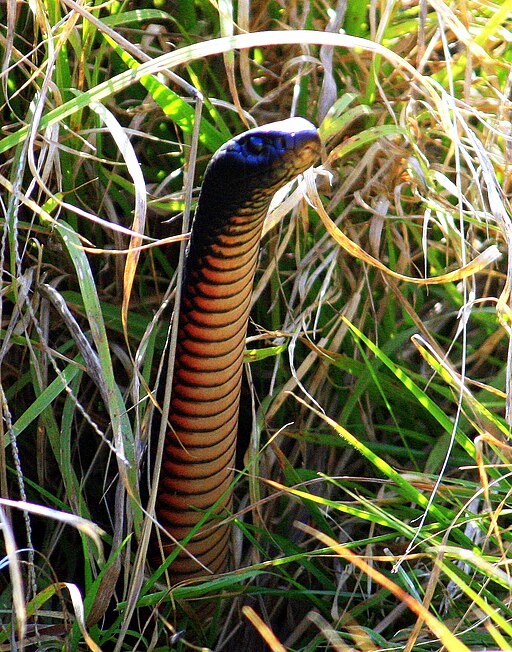 You won’t be surprised to hear that the red-bellied black, also known as the common black snake, is a venomous snake. It is native to the east coast of Australia and can be found from Adelaide right away around the coast up to Cairns and also inland to Canberra.

They like to hang out close to water, so near rivers, dams and billabongs, or ponds as I used to call them. They get pretty big for a venomous snake, 1.5 metres to 2 metres and sometimes even bigger. I won’t insult you by telling you what colour its belly is.

Here’s the good news though.

Whilst they are a venomous snake and technically able to kill a person, there have been no recorded human fatalities attributed to the red-bellied black. It’s not as venomous as other Australian snakes; it is also timid and will avoid human contact whenever possible. If it does bite, it will usually inject very little venom.

If bitten though, urgent medical attention would be a very good idea and antivenin is available.

It could happen to anybody.

You pull into the servo (petrol station) to top up with some fuel when you notice a snake acting suspiciously around your car. Then the snake disappears. No worries, you jump back into your vehicle and continue your journey to work.

Then the snake pops up from under the bonnet and stares at you from the other side of the windscreen.

Yes, that really happened as you will see in the following video. It amazes me how easily snake catchers pick up venomous snakes, especially after the meal I made of removing a nonvenomous snake from my house.

If I’d called this guy round instead of dealing with that myself I’m sure he wouldn’t have had to rearrange my furniture or borrow my broom. This is how the experts do it…

My thanks to regular reader JohnOh for sending me a link to this video.

Snake Bite First Aid in Australia: What You Need to Know in an Emergency
Close Encounters with the Wonderful Australian Wildlife
Swimming and Crocodile Risks in Northern Australia
Red-bellied Black's Keeping Snake Catchers Busy
An Australian Snake Attack Out Of Thin Air?