As some of you will know, I’ve not been very mobile during the last couple of months or so. I really haven’t got out and about hardly at all of late. That’s a bit of a shame because I’ve missed the magnificent purple blooming of Australia’s jacaranda trees.

If you live in the UK or anywhere in Europe, you probably don’t know what a Jacaranda tree is. If you live somewhere with a more subtropical climate, like South or Central America, Asia, South Africa, Zimbabwe or, I imagine you knew this one was coming, Australia, then you’d know exactly what kind of tree I’m talking about.

For nine or 10 months of the year this tree is as boring as they come, but then late spring, around October to November, they explode into purple. I may have missed it this year, but with the magic that is known as Flickr Creative Commons, we can all now take a wonder around some of the streets and parks of Brisbane to enjoy some blooming jacarandas. 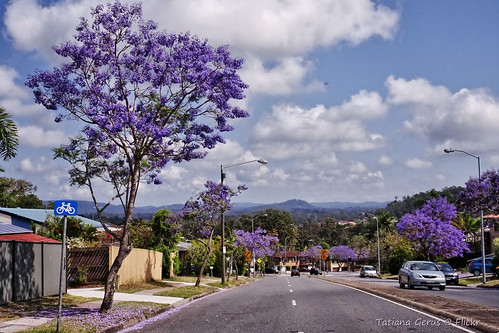 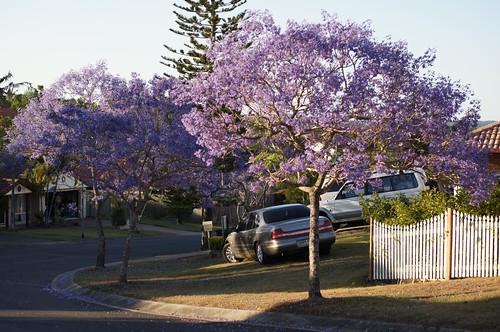 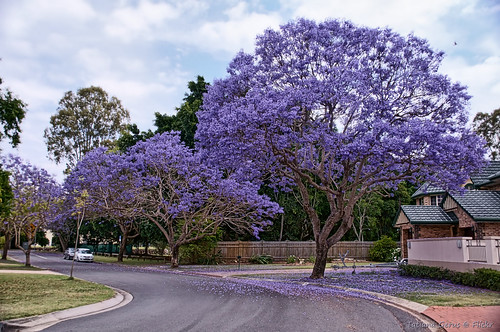 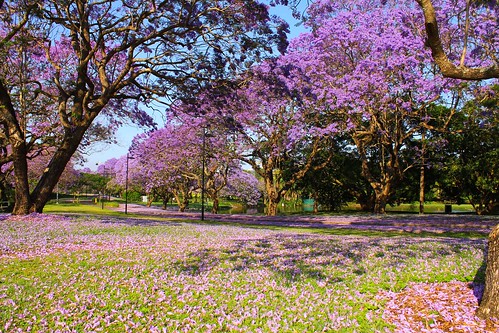 Australian Cuisine and Some Foods I've Managed to Avoid
Moving to New Zealand Instead of Australia
RSL's and Other Drinking Establishments in Australia
Feeling Tense? Wash Away Your Brexit Anxiety in under Four Minutes
EFTPOS - The Australian Cashless Culture

Previous post: Call That a Lizard? This Is a Lizard! Part 2