On Wednesday I tried to talk everyone into Liking the Huntsman Spider. I do appreciate though, that not everyone will be able to do that; one particular group of people would certainly struggle. 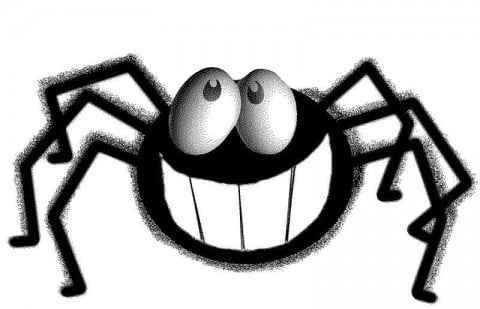 Here is a bunch of arachnophobes, from the US by sounds of it, all talking about their fear of spiders. The presenter claims to be able to help people get over this fear.

I don’t think so. Let’s take a look as Arachnophobes Meet Spiders…

So, if spiders are everywhere (apart from the Arctic and no one wants to live there), then why is it that arachnophobes get particularly uneasy about moving to Australia?

“Because Australians spiders are venomous and can kill you Bob, that’s why!”

And that’s just the point, potentially a couple of them ‘can’, but in reality nobody has died from a spider bite in Australia since the 70s.

I would also like to remind anybody who is allowing the fear of spiders to make them rethink a potential move to Australia that pest control really does work. I have absolutely no doubt that I see fewer spiders in my Australian house than I used to see in my UK house.

If the fear of spiders is preventing you from moving to Australia, just remember, we have lots of cute wildlife as well and in my eight years here so far, I see far more of the cute stuff than the scary stuff.

Next post: Archaic Health Services in Australia? Another Visit to the Doctor