Last month the reprint of one of my Australia and New Zealand magazine articles was on the rather contentious subject of housing; it was called UK and Australia: The House Price Debate.

Nothing contentious about this months reprint though, it’s about going to the beach for a long weekend. Long beachy breaks are what Australia was built for! Australians are always grabbing their surfboards and heading for the coast.

And that’s what we did, minus the surfboard, of course.

We have just got back from an absolutely stunning long weekend down on the coast. In the past, when we’ve wanted a bit of beach time, we have either travelled north for about an hour and a half to get to Mooloolaba on the Sunshine Coast, or we’ve covered the same kind of distance south to take us to Surfers Paradise on the Gold Coast.

Both beaches have their merits but are as different as chalk and cheese. Surfers Paradise is possibly Australia’s most commercialised beach town, but to put that into perspective it would be dwarfed by either Blackpool or Southend in the UK. Here’s a glimpse of Surfers…

Mooloolaba is much quieter, but possibly to the extent where there really aren’t enough options for evening entertainment. This is the beach at Mooloolaba… 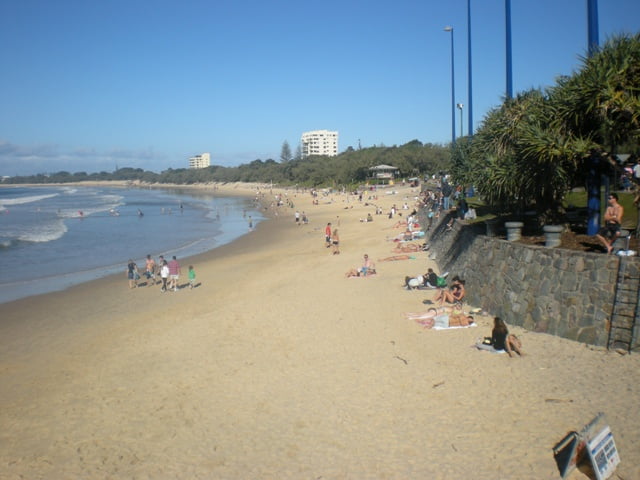 This time though we decided to be far more adventurous. We headed south, drove past Surfers and just kept going. Going and going and going.

Petrol was no object.

In fact we kept going for almost 30 minutes longer taking our complete journey time to nearly 2 hours. This took us over the border into northern New South Wales and an area known as the Tweed Coast.

We stayed in the very quiet coastal town of Casuarina which was pretty central to the area we wanted to explore. Pottsville, Hastings Point and Cabarita Beach to the south; Salt Village, Kingscliff, Chinderah, Fingal Head and Tweed Heads to the north, all within 20 minutes’ drive. This is Casuarina Beach… 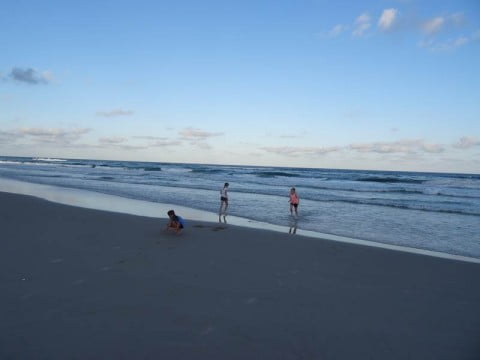 This area offers another alternative to the Sunshine and Gold Coasts. It’s certainly nowhere near as commercial as the Gold Coast, but does offer more nightlife than can be found on the Sunshine Coast.

Australia clearly has far too much beach; Kingscliff Beach was virtually deserted, which is unreal considering it was a very hot, 32°C for those who like to know, day in the middle of the long 6 week school holidays. Check it out… 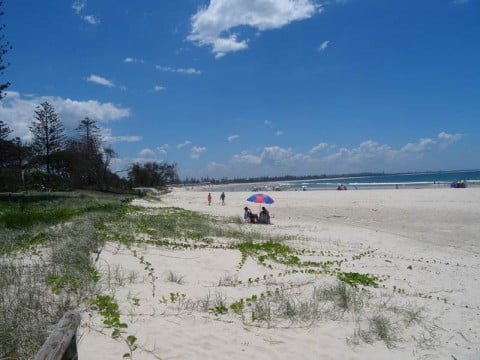 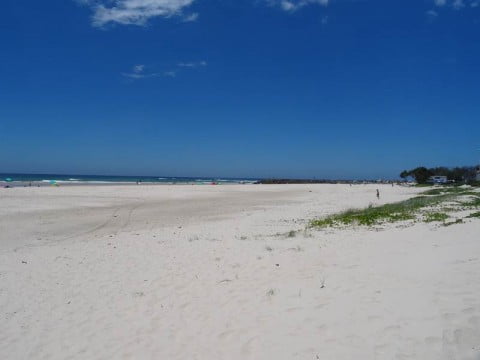 We visited seven different beaches in this area over the three days and not only was it easy to find a parking space in each, but it was also free. Free parking, right on the beach, everywhere?

Oh, and as an added bonus, there were very few cars on the road as we toured around this area; it was completely traffic jam free.

On this short break we took two of our daughter’s school friends with us and this area came up with an additional big bonus for our three 10-year-olds.

You see, rabbits are banned in Queensland, whether wild or domesticated. Not so in NSW, you can keep them as pets and we’d heard that it was possible to spot them in the wild, if you are lucky. I wasn’t so sure about that, we’ve been to NSW many times, never seen a wild rabbit.

Undeterred though, our girls wanted to go rabbit chasing. And would you believe it? Within 10 minutes of our arrival in Casuarina, as we were walking to the beach, we made our first sighting. One happy, wild, black floppy eared foot thumping rabbit. Can you spot him? 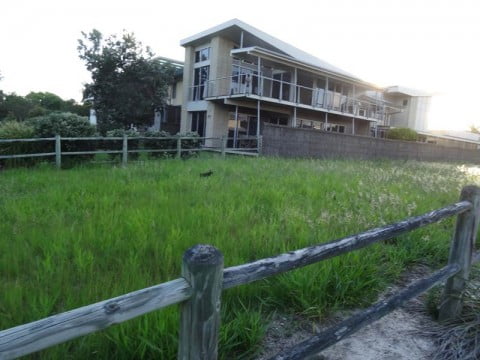 We went on to see probably a dozen or so rabbits during our short stay, white, brown and black. The girls were very happy and wanted to bring one home, but I didn’t fancy the $44,000 fine or the six months in prison.

If you want to see the full story of our long weekend on the Tweed Coast, see:

Bondi to Coogee Beach: A Sunday Walk Unlike Any Other
A Tasmanian Ten Day Tour with Itinerary
Australia's Ever Changing Economy; Have Sydney and Melbourne Peaked?
6 Must Dos in Cairns and Port Douglas; a Queensland Coast Road Trip
Finding Somewhere Nice to Live in Australia

Next post: A Trip to Canberra, Australian Capital Territory

Previous post: Who Lives Where? Migrants Settling in Australian Cities