What’s Going on in Four of the World’s Most Liveable Cities? 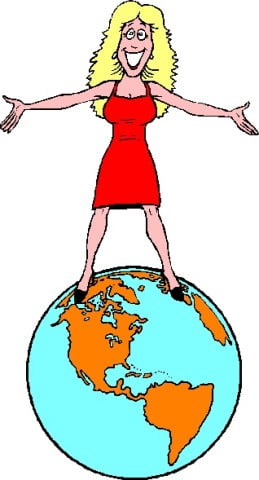 Usually, a score of 4/10 would be regarded as quite poor, a sign of failure. But when your country has 4 out of the top 10 most liveable cities in the world, I think we would all agree that’s a massive success.

That’s exactly what has happened to 4 Australian cities, Melbourne, Adelaide, Sydney and Perth, over the last five years in The Economist Intelligence Unit Liveability Index; they have featured constantly in the top 10.

Melbourne came top for the fourth year running as you will know from Wednesday’s post The World’s Top Five Most Liveable Countries 2014.

But why? What makes Melbourne so liveable?

Visit Melbourne took to the streets to find out…

But this liveability list is not all about Melbourne; let’s take a look around our other top 10 cities.

If you read Monday’s post called Royal Shows in Australia: When the City Meets the Country, you will know that the Royal Adelaide Show begins in a couple of weeks. Preparations are well under way for the show’s opening on 5 September and some lucky kids were invited to the ‘annual showbags roadtest’.

I’ve written about showbags before, in case you don’t know what they are; well here they are being ‘roadtested’…

Meanwhile, in Sydney, an Undersea Art exhibition was opening at the city’s aquarium. Now then, how could the organisers draw attention to this event?

And that’s exactly what they did do…

That just leaves Perth. What’s happening in Perth? Surely it couldn’t be any weirder than Sydney?

How about Lady Gaga singing to a newborn baby? Yes, really…