I’m very excited to announce the results of a brand-new report that looks at countries all around the world and decides which is the most liveable.

They look at things like stability (25%); quality of health care (20%); culture and the environment (25%); education (10%) and infrastructure (20%) all broken down into 30 different bite-sized benchmarks.

The Top 5 Countries in the World:

There, now we know.

Okay, I’m making it up a bit, this is the report I’ve really been looking at. 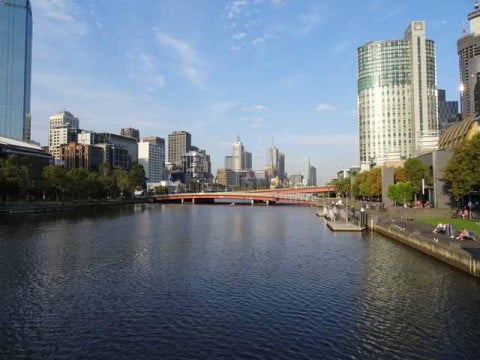 Yes, that’s a picture of Melbourne who has come top in this index for the fourth year running. Even the people of Melbourne must be thinking…

“Us again, most liveable? Strewth!”

In fact the entire top 10 hasn’t changed since last year, when I didn’t report on this index, or the year before when I whinged the Worlds Most Liveable City is NOT Brisbane?

For those of you who don’t want to click back through to my previous article, here’s the top 10 list again. It’s no trouble, honest, I’ll just copy and paste it.

For what it’s worth and in order to be a little more accurate, as you can see Adelaide and Calgary actually came joint fifth this time, whereas in 2012 the Canadian city was slightly ahead of the South Australian capital. So in two years Adelaide appears to have made slight ground, but that’s the only difference.

About those five countries

The first reason I have broken down the top five countries this time is because, as the report itself points out, it’s interesting to note their population densities.

It’s one of the things that drove me to move to Australia, I remember cutting the following picture out of the Daily Mail long before I’d secured my visa…

To prove the point further, Bangladesh, which as you can see from my newspaper cutting has an extremely high population density, came 139th in this year’s liveability index. Only Damascus in Syria was below them.

The second reason is it’s interesting to look at their locations.

This years liveability report talks a lot about stability, or more to the point, instability, of which there is a good deal at the moment in this world.

Stability is one of the highest single contributors to these rankings, but if a country is not stable it doesn’t just lose points for stability but in other key factors as well. For example, instability will also “damage infrastructure, overburden hospitals, and undermine the availability of goods, services and recreational activities” states the report.

The further a country is from these instabilities, the better, and nobody could argue that Australia, Canada and New Zealand are good distance away from most things.

There is always exceptions to the rule though; Austria whose capital Vienna seems to be a constant in the top 10 has a population density of 100 people per square kilometre and is landlocked in the middle of Europe between West and East.

Obviously they are doing something right in Vienna.

Brisbane came 20th again, something that amuses us Brisbanians greatly as we know for sure we are better than Melbourne, Adelaide, Sydney and Perth.

EIU senior economist John Ferguson highlighted some areas where we fell short. “The quality of public transport, the availability of housing and the quality of water. That’s enough of a difference to push the city down to 20th position.”

No sour grapes here, honest. Although the Courier Mail ran an article in which they stated that you could grab a really expensive beer in “some dark, dank, urine-scented stabby alleyway” somewhere in Melbourne and that Adelaide should probably be indefinitely shut down by the Department of Health for coming up with pie floaters.

They weren’t finished either; of Sydney they said “you’ll be crying yourself to sleep trying to make rent in your half-million-dollar 14sq m bedsit” and the best view of Perth was “achieved from the window of a speeding plane, taking off on the long, long, long flight to somewhere less boring.”

You can’t beat a good bit of healthy interstate rivalry.

London, in 51st position, is apparently now the third worst European city on the list, only Lisbon and Athens are below them and Helsinki, the capital of Finland, is the only European city to make the top 10.

That wraps up the liveability index for another year, hopefully I’ll remember to copy and paste the same top 10 again next August. Or who knows, maybe something will change?

For more, visit The Economist blog.

Next post: What’s Going on in Four of the World’s Most Liveable Cities?

Previous post: Royal Shows in Australia: When the City Meets the Country