Cycling on the Sunshine Coast: The Hinterland, Beaches and Charity

If you think you’ve just had a déjà vu moment, you haven’t. The title is just incredibly similar to last week’s post Cycling on the Gold Coast: The Hinterland, Beaches and Charity. Let me explain.

Last week we saw three videos about cycling on the Gold Coast, but anything that Goldie can do, the Sunny Coast can do as well. If you remember I split last weeks videos into three sections; hinterland, beach and charity, well this week is no different, it’s just the location that has changed. 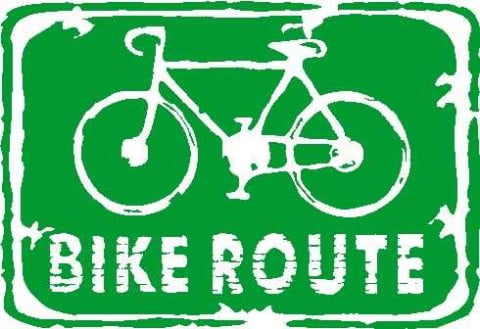 Again, these videos are quite long, so I’m going to keep the chat to a minimum. Let’s get the films rolling.

In our cycling videos on both Sydney and Melbourne we mentioned bikes battling with the traffic, no such problems in the Sunshine Coast Hinterland as you can see when the Hairy Bikers 100 Club do the Bald Knob Downhill Reverse Sprint.

We may not have brilliant beaches here in Brisbane with most of our coast on mangrove and sheltered by various islands, but we do have easy access to both the Gold Coast and Sunshine Coast by driving south or north.

If we fancy a weekend break on the coast though, this is the direction we would head, towards the areas of Alexandra Headlands and Mooloolaba. Check it out by bike…

My final video in this cycling in Australia series is one of the longest video that I’ve ever included on this website. I make no apology for that though, it is a fantastic film about a recently established charity event that now takes place each year in Buderim.

Buderim is a village on the Sunshine Coast about 8 or 9 kilometres from the sea and as you’ll see from this video, it’s got lots of hills. I’ve had a lot of fun with these cycling videos, but I think this one was more enjoyable than any other.

This video is not just about riding bikes, it’s more about the Australian community spirit as we find out about the Buderim9 Ride…

Bondi to Coogee Beach: A Sunday Walk Unlike Any Other
A Tasmanian Ten Day Tour with Itinerary
Our Tenth Full Year Living in Australia: 2017
Australia's Ever Changing Economy; Have Sydney and Melbourne Peaked?
6 Must Dos in Cairns and Port Douglas; a Queensland Coast Road Trip
FacebookTweetPinEmail