I’m currently writing tonight’s post on my wife’s computer. My PC has been playing up lately and today it showed me the BSOD, or to give it it’s full name, the Blue Screen of Death.

If you don’t really know what that means, it’s the equivalent of the robot, B-9, from Lost in Space running around shouting… 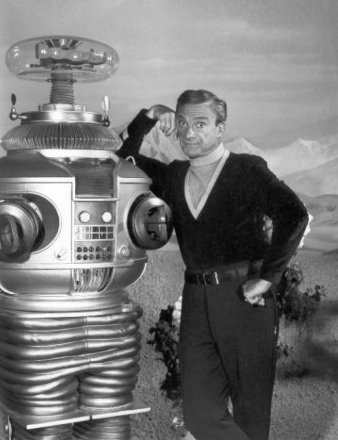 So I should be feeling sorry for myself, but I’m not. My minor little inconvenience which may well result in me having to reformat my computer and start all over again pales into insignificance compared to what the people up in Cooktown, or somewhere close to Cooktown, will likely go through tonight.

The good news is cyclone Ita has been downgraded from category 5 to category 4 in the last few hours, but that’s the end of the good news.

This thing has been described as one of the biggest cyclones ever to menace Queensland. Whilst I might be losing my computer for a few days, people up that way will be losing their electricity supply for much longer, and maybe a great deal more. Cooktown may well take the hit, but further down in Cairns, they are bracing themselves for the tidal surge.

“Danger! Danger!” is an understatement.

Unfortunately, the video I originally posted about this has since been removed from YouTube. So instead, here is the 7 News Special after the cyclone had made landfall…

Spring in Australia and an Early Start to Bushfire Season
The Truth about the Weather in Australia This Summer
Your Complete Guide to Winter Weather in All Capital Australian Cities
6 Must Dos in Cairns and Port Douglas; a Queensland Coast Road Trip
Hot People's Day in Brisbane
FacebookTweetPinEmail