Continuing my series about Australia’s most liveable cities, today we are looking at the seventh city out of the 11 in the list and I’m a little surprised to see this placed in the bottom half. 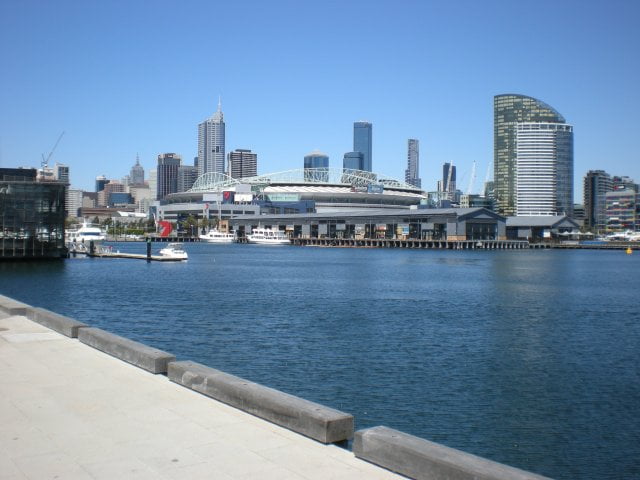 I have been to Melbourne, I spent three days there during our road trip Australia back in 2009. You can read what I thought about it in my post Taken For a Ride in Melbourne.

Three days isn’t really long enough to get to know a city, so I can’t really comment fully on the various criteria that this liveability survey covers, so I’ll leave it to those who took part. But if there were two words I’d use to describe Melbourne, they would be:

So I’m expecting to see a vibrant entertainment scene to be in the top three. I’m also pretty confident that the climate will feature in the bottom three; if it doesn’t I would eat my hat, coat and scarf, except living in Brisbane, I don’t have these things.

That’s my stab at it anyway, but let’s see what the people who know really think.

Melbourne residents were not so keen on:

How about that? I was right both times; they love the entertainment scene but hate the weather. Seems three days is enough to understand the city, a bit anyway. I promise you I did not cheat; all the results for Melbourne are on page 59 of the full report and, just as when I did last week’s post about Brisbane being sixth, I did not look at it until after I’d made my comments.

Now over to YouTube and again, like last week, a couple of the top searches for the city produced angry or aggressive videos on the first page. In particular the top video was…

I couldn’t resist it, I watched that video, as did over 1 million other people. I bet that guy wishes he’d have just paid her/him up and quietly walked away.

Anyway, very soon past that I found some great stuff; let’s start with music and Marvellous Melbourne…

Melbourne, from what I understand, appears to be a bit of a magnet for students who come from all over the world to study in the city. So I thought this video from a student’s point of view was worth a look.

As a non-student though, what intrigued me more than anything was the clothing of the presenter. What is that grey thing she is wearing? It looks like a, err, well I think it’s a proper winter coat. And around her neck appears to be a woollen scarf!

I haven’t seen that sort of clothing since I went to Tasmania during the middle of winter! Okay, here’s a student’s view of Melbourne…

In previous episodes about Australia’s liveable cities I’ve included time-lapse videos and I could have included one for Melbourne as well. But this video is much better than that; let’s face it, you can’t beat police chasing a kangaroo through Melbourne Airport car park…

No kangaroo was harmed during the filming of this event, he was just gently put to sleep (temporarily) with a dart gun.

Oh, what the heck, let’s have the time-lapse video as well, best viewed in HD and full-screen. Worth a watch, it’s got more people wearing coats…

Previous post: Scraping Flies off of Your Car Windscreen