Easter Holidays in Australia and the Byron Bay Bluesfest

This weekend is Easter, and like most people I’ll be taking a bit of a break. So there will be no post on Good Friday or Easter Monday, normal service will resume next Wednesday.

What will I be doing with my time off? 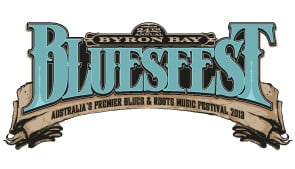 I’ll tell you what I won’t to be doing, and that’s going to the Byron Bay Bluesfest.

On the face of it, this would seem a strange decision. I really like Byron Bay, I’ve been there a few times and it was also the very place I saw my first venomous snake in the wild.

I was lucky enough to have my camera on me to make my first wild snake video.

We even had a great time when we went to Byron Bay and it rained.

I also love music, including the blues. Iggy Pop will be there as well, I’d love to see him live. Some of my best friends are going also, so why not me?

Well, as I mentioned in my post about Big Day Out, some of these Australian music festivals can be hugely expensive, and that’s exactly the case here. Check out some of these prices…

And I can’t even tell you how much the VIP Lounge Entry or the Diamond Bluesfest VIP Packages cost, because they are all SOLD OUT!

I don’t think the festival organisers will be too miffed that I’m not going though, it’s not just the VIP stuff, all tickets have pretty much sold out.

Yes, even at those prices!

I’m not saying that Byron Bay Bluesfest will not be a good event, I’m sure it will be a fantastic weekend. It’s not just blues either, there are plenty of acts you wouldn’t class in that genre.

The already mentioned Iggy and The Stooges, Paul Simon, Santana, Robert Plant and Status Quo, to name but a few. Not names you would immediately associate with the blues.

Yes, although it’s a massive price this is a massive festival, there will be seven stages and who knows how many artists, something like a hundred I believe.

This festival is probably as big as Glastonbury, but when it comes to the line-up, I think Glastonbury is a much better event; it may even be the best outdoor music festival in the world. Compared to Byron Bay Bluesfest, Glastonbury is…

And I haven’t even touched the surface; looking at the line-up for Glastonbury this year it seems that there are at least 500 artists at this festival, maybe even double that!

In fairness, although Glastonbury is also priced up with a five-day ticket, that’s so you can arrive early to set up on the Thursday and then pack up and leave on the Monday. The performers only hit the stage on Friday, Saturday and Sunday. So Byron Bay is a longer festival with musicians performing from Thursday afternoon until Monday evening.

I’ve filed this post under my category Australia vs the UK, so my verdict? When it comes to outdoor music festivals, I’ve got to hand this one to the UK.

Anyway, can’t talk about all this music without ending with a sing along, after all there will be no video post this Friday. How about this? From last years Byron Bay Bluefest, this is Sean McGowan and the Pogues singing a song with a pretty big nod in the direction of “the unofficial national anthem of Australia”.

I hope you have a great Easter, take it away Sean…

Divorce: Australia and the UK Compared
Is Australia Finished? A Comparison with the UK and the US
Australia Compared with the US, UK, India and Canada for…
The Alternative Lifestyle in Australia; Byron Bay
Buying an Australian House; Housing Chain? What Housing Chain?
FacebookTweetPinEmail

Next post: Easter at the Festival of Sails, Redcliffe