It’s time for another reprinting of an article I did for Australia and New Zealand magazine. And what great timing this one is!

At the moment, here in Australia, we are in the midst of a sporting scandal. It has been described as Australian sports darkest moment. In brief, the Australian Crime Commission (ACC) and the federal sports ministry have made claims of “widespread corruption and the use of illicit performance-enhancing substances by athletes”. 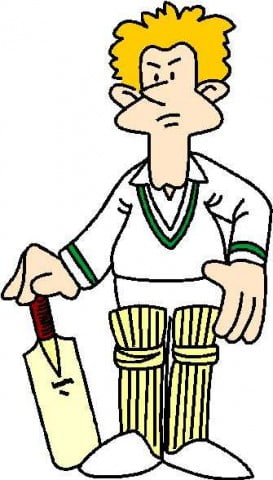 All around the country, various sports spokespeople representing teams from the likes of the AFL, NRL, Rugby Union and Football Australia, to name but a few, have come out to say…

Allegations of doping have been referred to the Australian Sports Anti-Doping Authority and state and territory police will be looking into some suggestions of criminal misconduct.

The interesting thing though, is that so far no one has actually been accused of anything. All we’ve been told is its happening and it’s widespread.

This one is all over the news, and I think it’s going to run for some time. It’s interesting though because the last article I did write for the magazine, which appeared in their December issue, was all about…

I’d not been in Australia for a month when I found myself working away in my new home, fixing this and that. Helping me was a carpenter, an Australian called Pete who is now a close friend.

“What about the cricket, Twenty20, did you see that?” He continued.

“Can’t stand cricket either.” I replied.

What followed was an eerie silence during which Pete was probably thinking “Crikey, it’s going to be a long day” and I was left wondering whether I should be more flexible about which sports I do and do not enjoy.

You see, I’m a football man through and through, and I mean the world game with 11 players per team and a round ball. My favourite sport is, unfortunately, referred to as “soccer” here in Australia on account that the word football has already been used by Aussie rules football or “Australian football”.

This is possibly Australia’s most played and watched sport, and it’s a kind of mixture of rugby and football; think of Gaelic football to get the idea.

Scoring is generally high; a typical result might be 86 – 83.

Cricket and rugby are also hugely popular, as are tennis, swimming, basketball and netball. It seems we are never far away from a weekend of top sport, a great excuse for firing up the barbie, getting the boys round and sinking a few tinnies. I’m sure you can see why it’s so important to widen your sporting horizons and not just like football.

Since living in Australia I’ve certainly widened mine to include State of Origin, which is a three-game rugby league series played between two teams assembled by players who were born in, hence the name, the states of Queensland (the Maroons) or New South Wales (the Blues).

The first time I went down to my local sports club to watch one of these games, for me it was just a good excuse to drink a few beers with the boys whilst shouting at the large screen TV. I’m now converted; as far as sport goes, this is about as exciting as it gets. I’m not surprised they describe this match in Australia as “sports greatest rivalry”.

Football though, or soccer as I should now call it here, is getting more and more popular since the introduction of the A-League in 2004. Robbie Fowler came over here last year and played for Perth Glory, Emile Heskey is currently playing for the Newcastle Jets and Australia’s biggest capture to date, Italian international Alessandro Del Piero, is currently plying his trade with Sydney FC.

Australians take their sport seriously though. During the Olympics, roundup of the day’s medals took first spot on the televisions news, everything else was relegated as being less important. The other weekend when a referee got a decision wrong in an important rugby match, the argument over it was one of the top news stories for four days running!

Australians do like to win as well, and the rivalry between Australia and the UK is fierce, but friendly. Obviously I always support England in sports, but the joy of dual nationality means I can also celebrate when Australia does well.

Next post: Call That a Lizard? This Is a Lizard!